The greatest weapon we have is worshiping God.

What would it look like if we actually used the greatest weapon God has given us to fight our battles?

King Jehoshaphat gives us a pretty good idea. In 2 Chronicles 20, there’s an incredible story in which Jehoshaphat receives word of a vast army on its way to attack him. They’re coming in hot, and Jehoshaphat is defenseless.

As Jehoshaphat pleads before God, another player in the story, Jahaziel, receives a word from the Lord for Jehoshaphat and his people: “The battle is not yours, but God’s. … You will not have to fight this battle. Take up your positions; stand firm and see the deliverance the Lord will give you” (2 Chronicles 20:15,17).

The battle is not yours, but God’s. Let’s pause right there.

See the deliverance the Lord will give you.

Deliverance. God fights for his children and against all who come against his children. The enemy tells us that God does not care enough to come - but grace says that God wildly, passionately, eagerly awaits to show mercy to us. He exerts his matchless strength to benefit us, his beloved ones. When we are weak, tired, and weary, our Father swoops in and shows up. He is not half-hearted. He is not forgetful. He is not weak. He is present, he is faithful, and he delivers.

In response to the promise of deliverance, 2 Chronicles 20:21 shows us the most significant position Jehoshaphat established in his army: “Jehoshaphat appointed men to sing to the Lord and to praise him for the splendor of his holiness as they went out at the head of the army.”

The weaker, lesser, surely-a-bit-frazzled team is going out to battle. Approaching on the other side is the vast army of the fearless attacker, ready to take this thing by storm.

A sound is heard.

There, off in the distance…what is that sound?

This smaller army is approaching, and instead of swords leading the way, it’s songs. Verse 21 says that the worshipers proclaim, “‘Give thanks to the Lord, for his love endures forever.’” Their battle cry is not one of blood, sweat, and tears. It is one of worship.

As we continue to read, we find that as the worshipers begin to praise, God himself sets up ambushes against the enemy. This isn’t after they worship for a long time, pray hard enough, or muster up enough faith. No, verse 22 tells us that God ambushes the enemy as his people begin to worship.

The battle ends. Jehoshaphat and his men survey the land, and they find that they have won the war - overwhelmingly so, without a single opposing man left standing. Not even one escaped.

Jehoshaphat - the outnumbered, outpowered, shocked-by-news-of-a-pending-ambush guy - just won. What was his weapon?

Worship is our weapon because it reminds us of who God is, exalts the name of the King of Kings, and proclaims his victory above all else. Nothing is too hard or too wonderful for him (Jeremiah 32:17, 27). Worship lifts our eyes above our circumstances and reminds us of the King who is already on his throne, far above every rule and authority (Ephesians 1:21). He is not weakened or minimized. He laughs at his enemies (Psalm 2:4) and makes them his footstool (Psalm 110:1). He fights for his beloved (Exodus 14:14). He infuses strength in the weary and victory in his children. We walk into battle and he wins.

When we worship, we participate in the holy exchange of heaven-won victory welling up inside us to replace fear and defeat. Victory is then no longer something we achieve, but something we proclaim. We boast in Christ’s rule and reign - His irrevocable, unchanging, unfathomably good Kingship.

When we worship, we shout light over darkness, life over death, and love over fear. We proclaim that we bend a knee to no one but King Jesus - and that everything and everyone else bends a knee, too.

When we worship, darkness trembles and enemies flee. We advance on the front lines, shouting his praise, and we show up to an already-won battle.

Our God does all the fighting. We need only to worship.

God, thank you that you are the victorious one. Thank you for making your victory available to me in every circumstance.  Thank you that my strongest weapon is the gift of worshiping you. Help me to remember that you are the one who fights for me, and that worship is my greatest weapon. Thank you for your kindness and faithfulness. I will go anywhere with you because I know that you go before me and fight for me. You are good and I worship you, in every circumstance, fully expecting your complete victory because of who you are. Thank you. Amen.

© 2020 Northlands Church and Hannah Shackelford. Permission to share so long as credit is given. 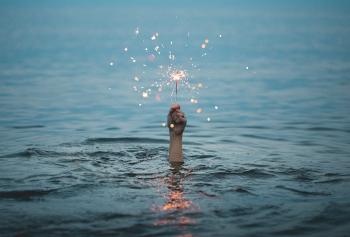 New Hope: What to do When You Need a Hope That Endures

We don’t have to lose ground to fear and discouragement any longer. Christ has given us a new hope. 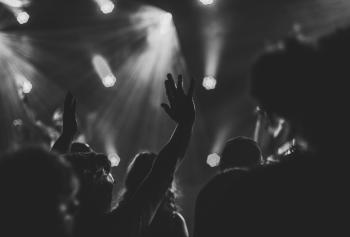 The greatest weapon we have is worshiping God.

Abundance isn’t just surviving or sustaining; to experience abundance is to flourish (whether in internal or external conditions). Abundance looks like overgrowth.